As part of one of this week's Speakeasy excursions, we saw this lovely exhibit in the Special Collections Gallery at the FIT museum.  If you read the description below, it is truly all you need to know to appreciate these wild pieces.  My own pictures are below the description (photography is allowed).

Born in Switzerland, Susanne Bartsch moved to London as a teenager, living there for a decade. “We called her the Swiss Miss,” say old friends from London, where Bartsch was a key figure among the New Romantics. Arriving in New York on Valentine’s Day 1981, Bartsch opened a boutique in Soho while still on a tourist visa. An enthusiastic proponent of 1980s English fashion, she was one of the first New York retailers to import Vivienne Westwood. She also organized fashion shows, such as New London in New York and London Goes to Tokyo, that showcased designers Leigh Bowery, Body Map, and Stephen Jones. But life in 1980s New York was not just a party; AIDS was devastating the community. As her friends began dying, Bartsch notes that she “survived this period by becoming a fundraiser.” In 1989, she organized the Love Ball, one of the first and most important AIDS benefits. Over the next few years, she raised a total of $2.5 million for AIDS research and advocacy.

-FIT museum's description of this exhibit, currently in the special exhibitions gallery. 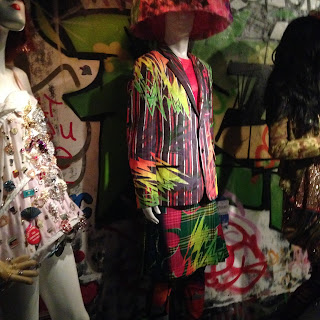 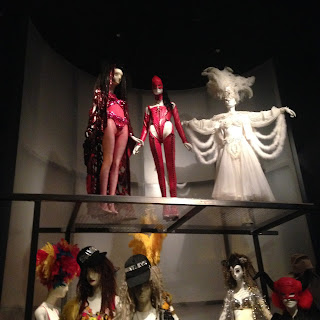 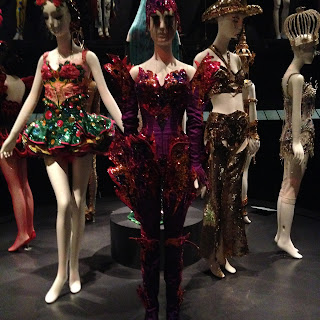 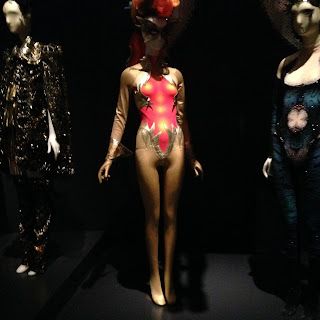 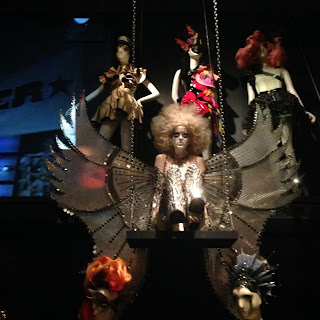 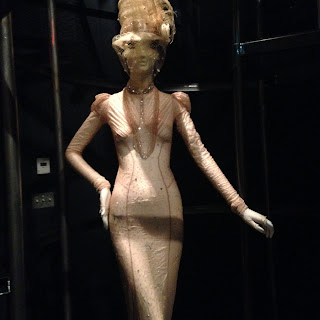 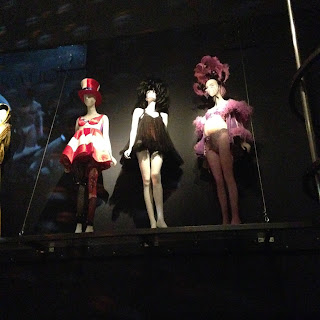 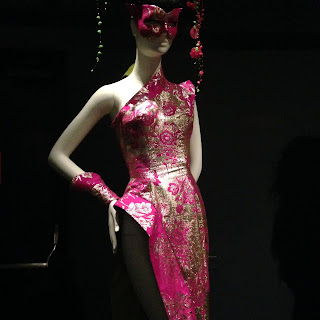 Related: There will be a FREE two-day symposium on October 22-23, examining the links between Susanne Bartsch's 30 year exploration of sartorial self-expression and its influence on the global fashion scene.

The exhibit will remain in place until December 5, 2015.  It is really quite a creative exploration for people who appreciate theatricality in fashion.  If this appeals to you, be sure to check it out!

Meanwhile, there's an exhibit upstairs in the museum as well.  See the Global Fashion exhibit while you're there!