The legacy of the "Atonement dress"

This post was orinally published on my personal blog in December of 2007.  Creative food for thought... 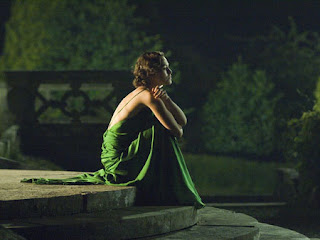 Saw a lovely article in The New York Post (which I don't normally read) about this dress (above), made for Keira Knightley's character in "Atonement". Make sure you read on to page two of the article, where the costume designer's (Jacqueline Durran) inspiration is explained.

I adore this article, because, unlike so many others, they don't make it seem that anyone just "whipped up" a little number for her. The article really lets you know that specificity, specialness and art take a considerable amount of time, expense, and experimentation.

At this summer's visit to the Cameron Art Museum in North Carolina, I learned that this simple looking dress, made by William Ivey Long for the show "Contact"... 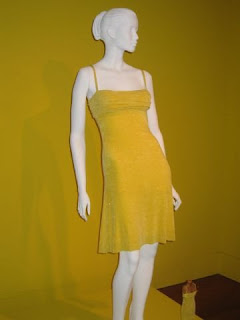 This means seven dresses, wadded up and tossed aside before getting to this one, which moved with the dancer like absolute magic.

So when you have to trash something on your way to achieving your vision, think of the effort involved in really creating something special.