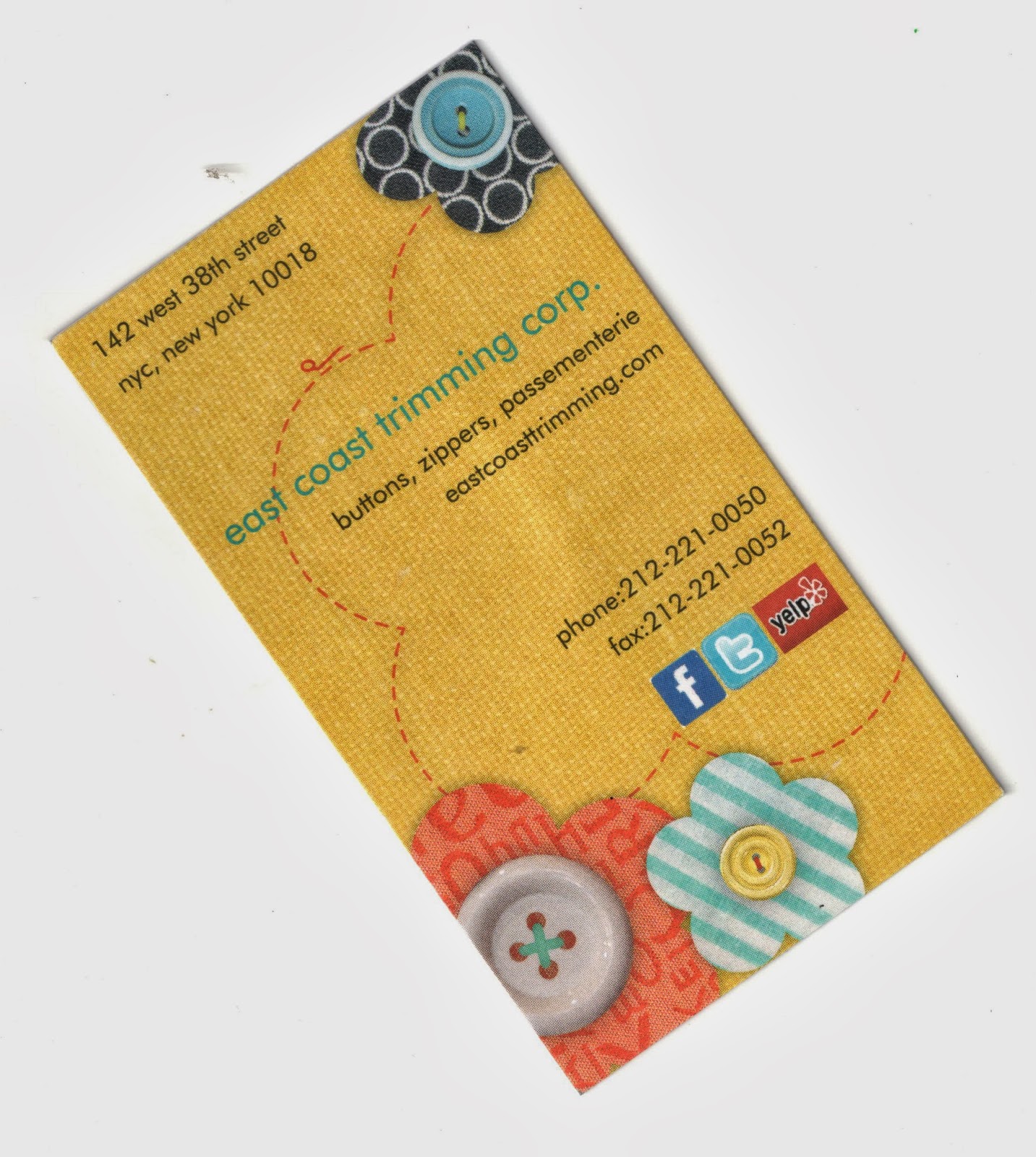 A store that is a bit off my usual beaten path, but became part of my excursion last week, as I was picking up something oh-so-exciting from the garment district!
(more info on that journey to follow in near-future posts...)

Why East Coast Trimming?  Halloween is coming.  That's one good reason. I wasn't sure why I stepped in when I went last Friday.  Somehow, that garment district fever just grabbed me. But now that a weekend has passed in-between, I can certainly tell you how it all tied together.

And then... on Saturday, I was walking along Columbus Avenue, just behind the Museum of Natural History, when I saw a quiet little street fair.  I stopped and looked at their offerings, just astounded by the quality of work presented there. The prices for most of the things I loved were higher than any amount I would casually carry (or even have at the moment... who am I kidding...?), but I did get business cards with thoughts of Christmas gifts in my head.

One such vendor was Michal Lando, who offers some of the most exquisite jewelry, that I wanted to jump up and down fanatically at the mere sight of it.  She was wearing her won work, and it really had a wonderful lightness to it. Works of art, really... inimitable, as her techniques, choices of colors and materials are where the magic really happens... but I recognized a mystery material that I frequently fondle in various garment district shops, but have no idea how to use. The pictures on her site are beautiful, but you need to see how these pieces come alive in person, to truly appreciate them.

"What do you call this stuff?" I asked her, touching the tubular necklaces. "It is a mesh, typically used by milliners, I think," she replied.

Ahhh... there it is! That tubular stuff I've seen in many notions stores, but most recently at East Coast Trimming, where I really liked the colors they had in stock. Keep in mind, that this stuff comes in different strengths, with different amounts of springy-ness, then can be stiffened with millinery sizing.  It is also dyeable.  So, what is this stuff called? 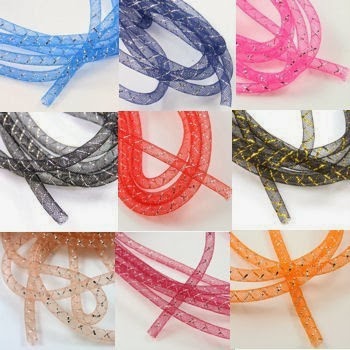 "Sinamay is a type of natural fibre that is made from a plant called musa textilis found in the Philippines. Sinamay is usually dyed and stiffened, and is mainly used for the production of hats, fascinators and other clothing accessories."


A YouTube search for sinamay will lead you to a plethora of tutorials on fascinators, hats, tutus, decorations, and holiday ornaments. As if our brains weren't full enough of ideas already, right?

So, let's say you do to East Coast Trimmings.  Maybe you aren't going there for sinamay.  But maybe you'll spot those great buckles and closures, those beautiful dyed ribbons handing in the back on the left side, some buttons, some feathers... just gasp and sigh, and dream...