Troubleshooting is a form of problem solving, often applied to repair failed products or processes. It is a logical, systematic search for the source of a problem so that it can be solved, and so the product or process can be made operational again. Troubleshooting is needed to develop and maintain complex systems where the symptoms of a problem can have many possible causes.


We can beat ourselves up over something that isn't working.  In the creative design and sewing world, we often suffer alone, when there is help out there!  Did you know that there are many people with amazing skills and abilities who can help you achieve the project  you want to achieve?  And, even better, businesses who can do things for you, better than you could ever do it yourself, for a fee you can actually afford?  I can tell you about them. This is a Q&A post.  Ask your question here, and I'll answer to the best of my ability.

Sometimes, we get stuck in a project, or a creative decision, regarding something we are working on, or plan to work on.  What solves it?  Exploration (non fabric related things can often truly give great ideas! Architecture, horticulture, cuisine), brainstorming (the energy and ideas of others), inspiration (books, exhibits, design shows), and fabric and notions stores (shopping, whether just exploring on your own, or on an organized SPEAKEASY!)

Sometimes, we don't even know what question(s) to ask!

So think about it... and you can still come along this Friday (or any other scheduled date), and fill your head with ideas!
Posted by mimi jackson No comments:

A Queer History of Fashion at FIT - Review

I had to take a few hours to calm down after seeing this incredible exhibit today.  I'm going to do my best not to litter this post with superlatives, lest you think I am exaggerating my endless praise of this one in particular, but it was just so...

Where do I even begin?

Walking into this exhibit, I had no idea what to expect.  No, actually, that isn't true.  I did expect it to have a certain flavor.  An agenda.  It didn't. I was really surprised to see that this exhibit was not at all what I expected, which would have been some flamboyant bursts of excess and theatricality, like the Gay Pride Parades that happen here in NYC. 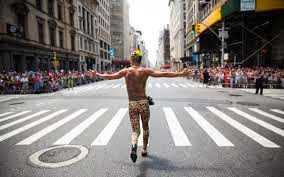 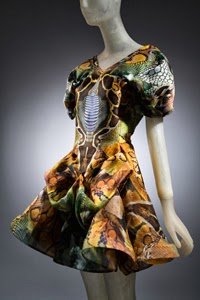 That's not even what this exhibit is about.  It isn't about feather boas, studded leather and sequins, shock-value, and overt, scandalous sexual themes and images.  It is every bit about embracing and respecting "otherness", making me question and acknowledge my own assumptions (and yours, depending on your own perspective), while giving a beautifully researched and displayed historical, political, cultural, and social context for the audience.

I must say this.  To really "get it", you have to go in person. Gay, straight, young, old, foreign, local... it was an amazing addition to the exhibit to quietly eavesdrop on the conversations everyone else was having as they explored the space.  Conversations that included the names Oscar Wilde, Marlene Dietrich, Charles James, Ru-Paul, Alexander McQueen and Gaultier... That is part of the magic happening in the space. The exhibit really isn't something to hear "about".  You really need to go in person.

The exhibit addresses the contributions made by LBGTQ designers and subjects spanning 300 years.  And yes, the word "queer" is used here, but in a celebratory and respectful context. Also added to my vocabulary today, were the words "dandy", "molly", and "macaroni", which relate to styles of dress I never would have known to define before.

I could go on about this exhibit for pages and pages, but it is better for me to offer this post as an invitation and encouragement for you all to simply go. It will run until January 4, 2014.

This exhibit had no agenda but to educate, and it absolutely served that purpose beautifully.  The range of pieces was just marvelous, and truly thrilling to see up close.  There will be a free symposium on November 7th and 9th, for those wanting to explore the subject further.

Will there be a companion book you can purchase?  Yes, there will be. Would it be a great stop after next Friday's Speakeasy tour?  Yes, it would be.

I wish I could effectively convey how beautiful this exhibit is, but I truly lack the vocabulary to effectively express it.  Please go see it yourself, and you will not be disappointed.

Gray Lines Linen... or is it Gray Line Linen?

There are no pictures with this post, and, believe me,  I defer to the company's own website photos for this, which give a great impression of the store's  layout and offerings, and are better than mine would be. True to my responsible blogging philosophy, I offer this store as a suggested addition to your garment district  explorations.

Last week, I walked into Gray Lines Linen, (notice that the store signage reads "Gray Lines", while the website reads "Gray Line") with no idea what to expect. Linen isn't necessarily "my thing", so I didn't understand why one store would be dedicated to linens only, and I had never sought this store out specifically. Why did I go in? I had an inquiry from a person who was looking to make liturgical garments. Apparently, this is the go-to source if you want to make traditional, quality garments for clergy. They absolutely have what she needed. The staff was exceptionally personable and knowledgeable, giving me full information on the products they offer, and enthusiastically extended a business card to me for future reference.

As for the basics (this is their own description):

"Gray Line Linen, offers 5 different types of solid linens: handkerchief linens, warsa linens, barry linens, judy linens, and yarn dye linens. The width of each linen is 58/60". Due to the natural characteristics of linens, colors are subject to variations.


At Gray Line Linen, we have been providing linens and fabrics to customers across the country for more than 20 years. During this time, we have earned a highly favorable reputation for our amazing prices, our fantastic customer service, and our beautiful linen designs."

Used for upholstery, apparel, bed sheeting, table runners, etc., linen certainly has more variety than I first realized.  From the most formal, sedate, traditional offerings, to the more fashionable, colorful, and textural ones, the store is extremely well organized and tidily presented. Be sure to visit their website for more information.

My impression as a shopper in this store:

Gray Line has a very clear view of who they are and who they serve.  You'll notice that there are no wasted words on their website. Since this is a very no-nonsense business without cute stories or gimmicks, this is the place for you if you know what you need.  Employees are eager to help or explain/describe the products to anyone with a plan in mind.

The garment district speakeasy culture and the waterfall dress...

*Store names in this post are omitted to "protect the innocent".

I often make light of the Garment District's "speakeasy culture" - the secret sources for fabrics, services and notions, whispered among vendors and creatives,  as if you were avoiding government spies...

While the secrecy may seem to be a bit of an exaggerated effort, the garment district is fraught with challenges, obstacles, and extremely well-equipped foreign competition, doing things faster and more efficiently elsewhere.  The Garment District's  history is echoed in the sidewalks, monuments, and publications that dot its landscape.

Nowadays, while it is not exactly a "Speakeasy" culture, as much as a tightly constructed web of interdependent businesses, grown and nurtured over several generations. 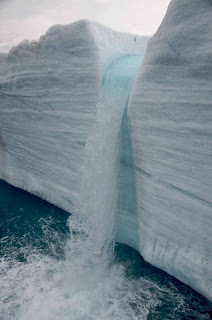 It was just this culture that would have prevented the creation of the "waterfall" dress I am creating for a client, which requires a careful transition of a blue/grey/silvery cascade to communicate the soft, elegant flow my client is seeking.

We all know that shopping at ground level in the garment district, and going to all the stores we know, can give us a wealth of options.  But let's say you want to get REALLY specific, and you really need the right colors to make it work. 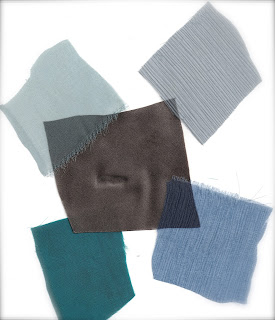 Shopping in very well-known stores, I just couldn't get everything I needed (texturally and the right levels of sheer and opaque) in one store.  While the stores are as helpful as they can be, they don't suggest going to the stores you would never even know exist, without doing your own research/legwork.

I do understand the dilemma.  No single store can carry everything you want, and the wholesalers who  also sell retail know the big retailers "don't like it" when the wholesalers sell directly to the retail customers, removing the middleman from the deal.  I get it.  But without knowing some of these other businesses exist, this may have been a cancelled project, meaning that none of this fabric would have been bought at all. Not from EITHER source. The lovely wholesale showroom from whom I purchased two of the fabrics above (at half the price the retailer would have charged, BTW) whispered, "Our retailers aren't too happy about this.", and I quickly retorted, "But they also don't have this, which is why I'm here."

My point is this.  Everything is partnership. A rising tide lifts all boats, and I sincerely believe that a person who would never make curtains might change her/his mind, if they only knew grommets would be professionally installed for them, covered buttons made, get pleating done without needing to do the math yourself... we are all interdependent. A point that John Travolta attempts to make in one of my favorite movies (at about 1:15 - the Aspen trees comment) couldn't say it better.  It is this way of thinking that inspires me to lead the shopping tours I run.  Come along, and see for yourself!

Posted by mimi jackson No comments:

And they call it "Pleasure"... with good reason

This is the classiest faux metallic leather fabric I have seen. They call it "Pleasure", and I found it at Rosen and Chadick. Leathery, with a sueded other side, it completely goes with my London Eye, and will make the perfect bottom for the ensemble. I was thinking slim pants, but now I'm thinking a slim skirt is a better option.  Visit it in person. Touch it. You will fall in love. 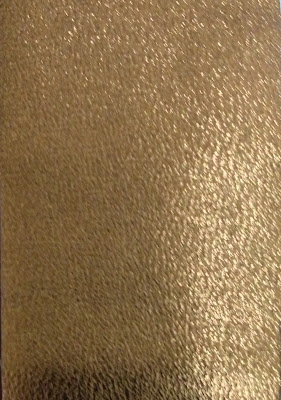 This, coupled with my digital print find, is gonna complete my favorite outfit this fall. Guaranteed.
Posted by mimi jackson No comments: